Teamsters employed by UPS and others delivered the first 2.9 million doses of the Pfizer vaccine to every U.S. state and territory. Following the initial distribution, Moderna’s COVID-19 treatment received an Emergency Use Authorization from the Food and Drug Administration. The second wave of vaccine distribution was nearly double the initial wave, more than 5.9 million doses of the Moderna vaccine were scheduled for delivery.

The first shipment left the Pfizer Kalamazoo, Mich., plant early on a Sunday and the first injections were given the next day to high-risk health care workers.

United States Army Gen. Gus Perna – the chief operating officer of the effort – called it “a remarkable feat” done in spite of snowstorms and the holiday rush. “We should all be proud of what has happened,” Perna said.
“Between Pfizer and Moderna, we have allocated 7.9 million doses of vaccine and we are ready for that distribution,” he added. “We will ship simultaneously to all 64 jurisdictions and five federal entities.”

UPS chief sales and solutions officer Kate Gutmann, who is also the senior vice president of the company’s healthcare and life sciences unit detailed how the company delivered doses of the vaccines on the TODAY show.

“We are ready,” Gutmann told Sheinelle Jones of TODAY. “We’ve worked extensively over the last few months with Pfizer for sure, and eight of the 10 vaccines in development, and the planning paid off. We have made the complexity of it easy, and we are ready to deliver.”

The Pfizer vaccine presents a shipping challenge because it requires cold storage at almost -94 degrees. UPS will ship it in boxes that feature two layers of dry ice, a thermal shipper designed by Pfizer to maintain the cold temperature, as well as a GPS and thermal monitor.

UPS has ramped up to where it can produce 24,000 pounds of dry ice per day, according to Gutmann. UPS also conducted test runs, resulting in a 99% delivery rate.

UPS was already invested in the healthcare space having a cold storage end to end process already in place.

UPS also ships two additional boxes along with the vaccine. One box will contain an extra supply of dry ice and the second box contains the items needed to administer the vaccine. The extra box of dry ice is for sites that may not have refrigerators or freezers required to store the vaccine.

The company also provides its own sensor in the package with the vaccine that monitors temperature and transmits information related to the package, as well as its own GPS monitor.

UPS reported the vaccines will be transported by the company’s more than 500 aircraft. UPS has 10 million square feet of temperature-controlled warehouse space in 32 countries that can be used to package the vaccine, per Gutmann.

“So interestingly because of the technology that’s wrapped around and the prioritized movement of these packages, we actually can move on the same aircraft and then the same sortation (as other deliveries),” Gutmann said. “It’s the fast lane, if you will. First in, first out.”

UPS is prepared to make the deliveries despite this being their busiest period in years, as millions more Americans rely on delivery during the pandemic.

“We’ve been delivering our best peak season in over a decade, and as you can see from the ship matrix data, we are well over 97% on-time performance,” Gutmann reported.

The first rollout ensured there was enough vaccine to give people the two doses needed for full protection against COVID-19. That means the government is holding back 3 million doses to give those vaccinated in the first round a second shot a few weeks later.

Health-care workers are in the first group scheduled to get the injections. The Missouri state plan includes essential workers and high-risk populations in the first phase of the vaccine rollout.

This year has been like no other. Teamster workers were still catching their breath from last year’s holiday peak when the pandemic struck and online ordering ratcheted up. It was like Christmas all over again and it has never stopped for these hardworking, dedicated men and women.

While the federal government invested in the development of the vaccine, it provided funding and a plan only to get the vaccines to the states. Getting the doses from a central point into people’s arms remains largely unfunded and unplanned. The Centers for Disease Control and Prevention and the Department of Health and Human Services have dug into their existing budgets to find some money for states to start planning, but there is currently no money for states to distribute the vaccine, especially in light of the financial crisis caused by the pandemic. Federal funding of vaccine delivery is set to run out about February 1, just in time for it to fall into Biden’s watch. 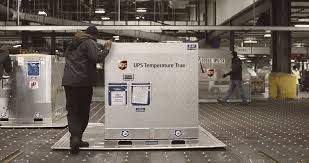 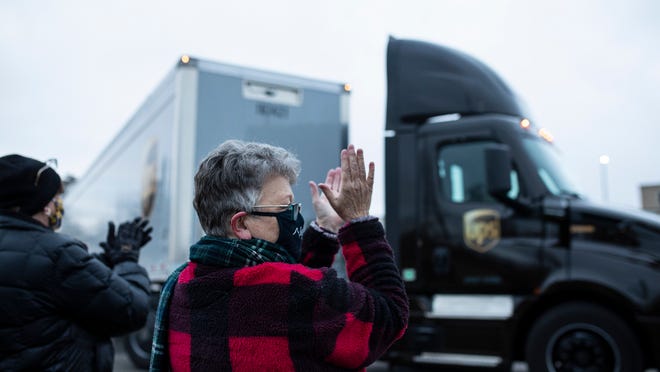