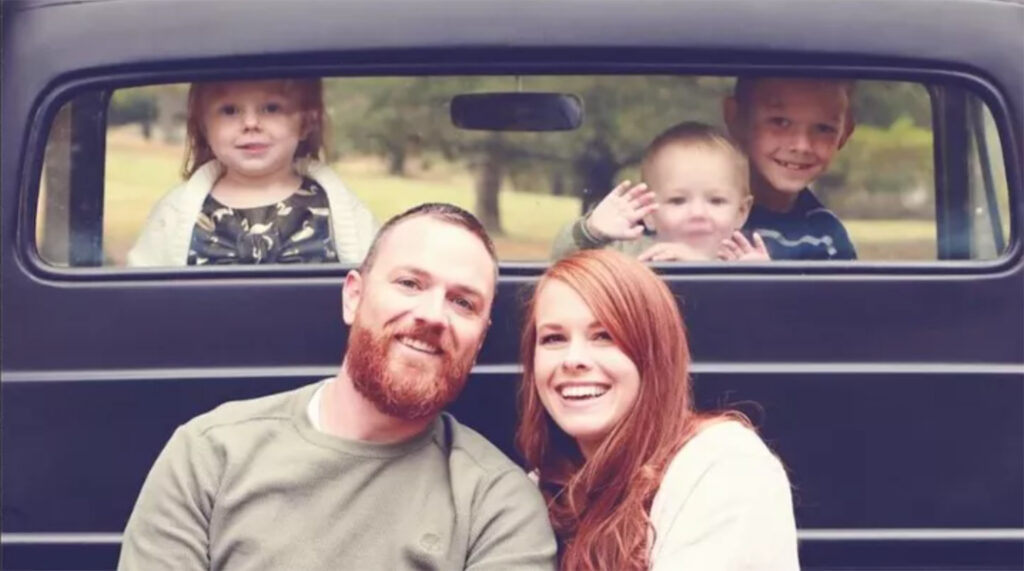 The Kansas City Building and Construction Trades opened their March meeting with a moment of silence for our fallen union brother, Michael S. Bolger, a 4th-year Pipefitter apprentice. Michael and his family were visiting his mother-in-law in Madison County, Iowa when an F3 tornado struck on March 5th, 2022. Michael, his mother-in-law, his five-year-old daughter, Kinlee, and two-year-old son, Owen, tragically all passed away during the storm. Michael was thirty seven when he passed and was indentured to P1 Service. He was originally a member of Local 781 as a Metal Trades Journeyman and transferred to Local 533 as a MES Tradesman in June of 2017. He started the Pipefitters Apprenticeship Program in June of 2018.

Mike’s wife, Kuri Bolger, and his eight-year-old son, Brysen Bolger, both survived with varying levels of injuries. Kuri suffered a broken leg, compartment syndrome to her arm, and a broken pelvis, which is requiring extensive surgery that will necessitate her heavily limiting her mobility for several months. Brysen, who turns nine in May, suffered minor injuries. Kuri and Brysen have been assisted by a team of friends as they recover. Mike’s classmates with Local 533 came over and did jobs around the house ahead of the family’s return and plan to help out more down the road. The local community also created and filled a meal train, that has since been expanded and filled again, to support Kuri and Brysen during this difficult time. Local 533 is giving credit to the UA MINK Locals for going above and beyond in organizing around this union family in need.

“It has been incredible and is definitely going to help. Mike, he worked so hard for our family, and he did everything for us as well as everyone else. Anyone who needed help, he was always right there to help them. People are trying to keep that light and be like him. It’s just been incredible. It’s really going to help Brysen and I with the funeral expenses. Normally, you plan for one funeral at a time. We are planning for four,” said Kuri Bolger.
“Mike just took care of his family first. He would do anything for us. He would work long hours and then come home and be present. He would be the fun dad who was running down the hall with the kids. Every chance we got to take a trip to our friend’s lake house, a little cabin, we would. We made the most of our time. He really spent his life serving others. I had to push him to go do stuff for himself. It was far and few between. I remember that I had to go buy him a tee time to get him out doing something for himself.”

“My husband loved the Labor Beacon. He would sit down and read through every issue. I remember one time I tossed it out before he had a chance to read it… He just loved reading about all of the union members in Kansas City and all the work that everyone was doing,” added Kuri. “Thank you from both me and my son for the help and prayers and finances, people didn’t have to do that and they did. We are beyond thankful. I can’t even begin to express the words… Kevin Hendrickson stepped in to help on day two, almost immediately. He has not hesitated to help once and is always available. Always answers the calls. Local 533 has been there for all of the things that have to happen. I cannot say enough good things about the local.”

If you would like to offer support, Local 533 asks you to make a tax-deductible donation by check written out to Working Families Friend with “Kuri Bolger” in the memo line. If you would like more information on how to help the Bolger family, you can reach out to the Local 533 office at (816) 523-1533.

To donate to the GoFundMe: https://www.gofundme.com/f/help-the-bolgers-during-a-time-in-need