We Must Fix Our Infrastructure: Put Americans Back to Work 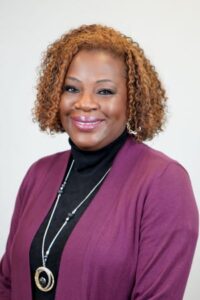 This past summer, as the two presidential campaigns slogged through a veritable swamp of dangerous and important issues – including the poisonous coronavirus, our fast-sinking economy and the deep and tangled roots of race relations in America – a word was lost.

The word was “infrastructure.”

As recently as July that word was still a part of President Trump’s and Joe Biden’s respective vocabularies. Fixing and modernizing America’s long neglected and fast-decaying roads, bridges, dams, airports, rail lines, drinking and waste water plants, and providing more funding for educational facilities and broadband systems were among the few things the two parties agreed on. Promises were made, by both sides, to spend billions, if not trillions of dollars on construction projects that would last ten years or more, and create millions of decent-paying jobs.
CONTINUED FROM PAGE 1
In the face of the relentless pandemic, the White House and the Biden campaign, rightfully and understandably, put solving the nation’s infrastructure crisis on the political back burner. But doing something about our nation’s crumbling infrastructure (including an unprecedented number of cracking dams and rickety bridges, and endless miles of bone-bumping local and interstate highways in Missouri and Kansas) cannot remain on the back burner for long without causing more deaths and injuries, and losses to our local economies.

No matter which candidate emerges from the campaign swamp in November, it is our collective responsibility to push the President, governors and legislators to give more than lip service to rebuilding America’s aging infrastructure.
Missouri and Kansas, alone, have thousands of bridges and dams and many thousands of miles of highways in need of significant repairs and safety upgrades. The interstate highways we must navigate – think I-70, I-44 – are frighteningly congested and dangerously out of date.

Well-planned and well-bid construction projects to upgrade our states’ and our nation’s critical infrastructure can, like the WPA (Works Progress Administration) projects that helped America find its way out of the Great Depression, put millions of American’s back to work, and teach a new generation new and practical skills they can use for a lifetime.
More and more young people, particularly those of color, are coming out of universities and community colleges with white collar-oriented

degrees, and not finding the good paying jobs they feel they have earned. More and ongoing federal and state funding for vocational training programs to prepare them for rewarding jobs and careers with middle class wages in construction only makes sense.

The Heavy Constructors Association’s motto is “Making it Better.” A long-overdue overhaul of our nation’s infrastructure as a historic economic stimulus measure would go a long way to make life better for everyone.

Bridgette Williams is the Executive Director of the Heavy Constructors Association of Greater Kansas City, which works with local, state and federal officials to encourage safety studies and advocate for much-needed – and too often dangerously overdue – improvements to our aging public infrastructure.