Spring Valley Park Lake was lucky enough to host three hundred young fishers, all with supervision, who came out to the Union Sportsmen’s Alliance “Greater Kansas City Building and Trades Take Kids Fishing Day.” The event, which was held on August 28th from 9AM to 1PM, was a massive success and featured a huge union presence. Big Brothers Big Sisters, Pass It On!, KC Parks, and the Priest Holmes Foundation also came out to participate in the event. Union members from across the trades showed up to make the event special, even before the event began. Union volunteers from the NFL Players Association, Iron Workers Local 10, Roofers Local 20, Sheet Metal Workers Local 2, Bricklayers Local 15, IBEW Local 124, Operative Plasterers’ and Cement Masons’ Local 518, Continued from Page 1 Insulators Local 27, and Teamsters Local 41 participated. The Teamsters provided volunteers for the event as well as lending a trailer for storage purposes at the lake. Members from various unions brought their kids out to the event as well.

The event was sure to be a fantastic memory maker for all the participants, and not just because they had a fishing themed clown at the event. “This was the first year the Greater KC Building Trades participated in an event like this,” said Alise Martiny, Secretary-Business Manager of the Greater Kansas City BCTC. “It was exciting to see the youth—some of our future members—learn to fish. Many were surprised it was free and that they got to keep the rod and reel. Our volunteers are really looking forward to doing the event again next year.” Alise joined with Iron Workers Local 10, Bricklayers and Allied Crafts Local 15, Smart Local 2, and other union members to assemble fishing poles ahead of the event as organized by the Kansas City Building Trades. 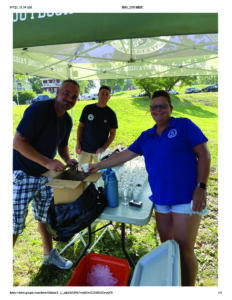 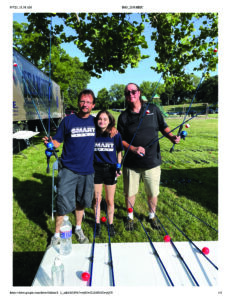 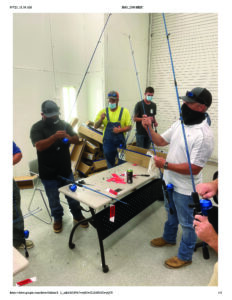 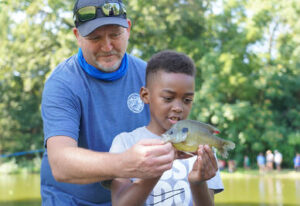 “It’s a great event. We have got some great volunteers here from the Greater Kansas City area,” said Scott Vance, Union Sportsmen’s Alliance CEO. “We look forward to the smiling faces. Today was a ton of fun for a lot of folks.” The organization, which has quickly become a staple of union life in the area, continues to put on great events that work to keep members engaged in the great outdoors. Events like this are intended to prime young participants to develop a love for the outdoors. This event in particular is situated in a more urban area, putting kids who may not otherwise have access to the outdoors in a position to participate in the sport. Union Sportsmen’s Alliance added that, “Kansas City really showed up with some great participation! We value community outreach events like this one as they are a great way to unite unions and our communities through a beloved pastime like fishing. The Union Sportsmen’s Alliance is grateful to partner with the incredible sponsors and volunteers from all unions to help fulfill our mission & shared vision: Educate. Conserve. Volunteer.”