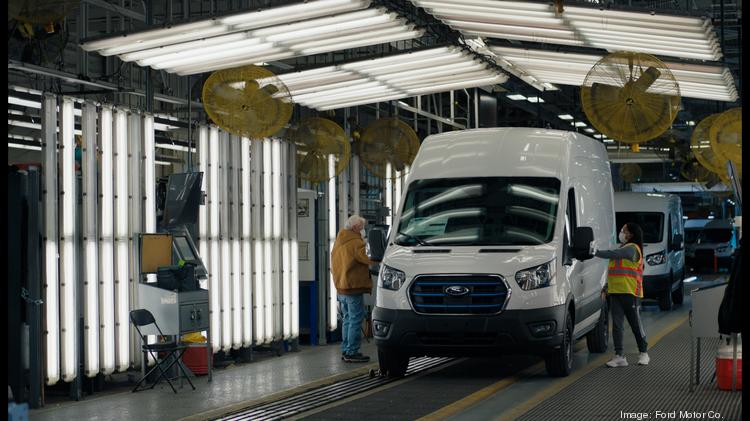 More than a thousand good union jobs are headed to the Claycomo Ford plant following Ford’s massive reinvestment across the midwest. Ford is adding a total of 6,200 more UAW jobs across the midwest as part of a company strategy to roll out more electric vehicles and strengthen the recently announced “Ford Blue” division of the company. This is all part of a $3.7 billion investment by ford into plants in Michigan, Ohio, and Missouri, all strong union states. This will also add another 74,000 jobs indirectly across the country.

The Kansas City Claycomo Ford plant is one of the plants benefiting from this plan and will be adding an entirely new shift of workers. The Kansas City Assembly Plant assembles the best-selling Ford F-150 as well as the Transit commercial van and the new E-Transit electric commercial van. The Kansas City Assembly Plant currently employs more than 7,000 people and UAW Local 249 is one of largest unions in this part of the country. The investment into the plant comes right as the demand has ticked up for electric-powered transit vans. The Kansas City assembly plant will add 1,100 jobs and receive $95 million in investment. Almost all temporary jobs at the plant will also be converted into full-time positions before the date specified in the contract, a huge win for workers at the plant.

“Regardless of which way the industry goes, we’re positioned really well here to make sure that these good jobs that keep our community at the level that everybody enjoys are gonna be here for a long time,” said UAW Local 249 President Jason Starr. “The security any time the company’s making an investment in your facility is good for the membership in the long term.”

“Ford is America’s number 1 employer of hourly autoworkers, and this investment only deepens our commitment to building great new vehicles – from an all-new Mustang to new EVs – right here in the U.S. in partnership with the UAW,” said Bill Ford, executive chair of Ford, in a statement. “I am proud that we are investing in the Midwest and taking real action to provide better benefits and working conditions for our workers on the plant floor.”

Nearly 3,200 of the union jobs created by this investment will be tied to the production of the Ford F-150 Lightning, an electric pickup truck. This comes just hours following Tesla announcing that they will cut 10% of their already non-union workforce and in the midst of Tesla’s stock dropping nearly 45% since this time last year. Tesla has also been forced to push back the production of the Cybertruck that is being positioned to compete against the Ford F-150 Lightning pickup truck. If you’re a Kansas City-area union member, be sure to buy your truck union.

This also comes following announcements that Ford would expand its factories into the non-union South, something that has infuriated union leaders and midwestern politicians. Ford is actively fearful of a strike during such a pivotal time in U.S. automaker history, so making unions happy is a top priority. A six-week long strike by workers at General Motors in 2019 cost the company billions of dollars and the UAW Ford contract will be up for vote next year.

“We are always advocating to employers and legislators that union jobs are worth the investment,” said U.A.W. president Ray Curry. “Ford stepped up to the plate by adding these jobs and converting 3,000 U.A.W. members to permanent, full-time status with benefits.”