The House will vote on the next much needed stimulus bill, the Health and Economic Recovery Omnibus Emergency Solutions (HEROES) Act. This new legislation includes pieces unions are fighting for, like a temporary OSHA emergency standard and help paying for COBRA coverage for those out of work, and infrastructure spending. Slipped into the bill that some unions state they cannot support while others state they do support, is a composite pension plan called the GROW Act.

If that plan falls short of the 120% funding threshold, it will be required to take “corrective action.” These actions might include contribution increases or reductions in future accruals, or changes to “adjustable benefits,” such as early retirement subsidies. If further actions are needed to meet the funding requirement, action may include reductions in COLAs, reductions in accrued benefits for workers, or in worst-case circumstances, reductions in benefits, even for retirees.

Plan trustees would be allowed to increase benefits up to 3%, provided that the plan is currently 110% funded and the plan will remain 100% funded on a “current” basis and 120% funded on a “projected” basis. If the plan is so well funded that it will remain over 140% funded even after the increase is applied, then the 3% limit is removed.
The plan funding rules are structured for benefit cuts as needed and is not covered under the PBGC program — it neither pays premiums nor receives these benefits.

In a letter to Speaker Pelosi, Majority Leader McConnell, Leader McCarthy and Schumer, IBEW President, Lonnie Stephenson wrote: The IBEW has grave concerns over the possible inclusion of composite plans, as would be created in the GROW Act. Composite plans run counter to the stated goals of reforming the multiemployer pension system, and in fact, would undermine the retirement security of participants and further destabilize the multiemployer system. Composite plans would allow trustees from a healthy existing plan to create a new composite plan the would provide inferior benefits. Funding two plans out of a single source of funds sets up both the existing plan and the new plan for failure and leaves neither plan with enough money to pay for benefits earned through years of hard work. Workers and retirees would be subject to dramatic cuts in times of economic downturn, such as the on our nation is currently facing.

In a separate letter to business managers, officers, and members, IBEW President Stephenson stated, “It is anticipated that the United States Congress and Trump Administration will consider a final pandemic stimulus bill in the coming weeks. One of our major concerns is the potential inclusion of the Give Retirement Options to Workers (GROW) Act, which would allow multiemployer pension trustees to divert contributions from an existing defined benefit multiemployer pension plan to a new composite plan with inferior benefits and not enough money to fund both plans. The GROW Act would subject workers and retirees to dramatic benefit cuts and allow employers to leave existing plans without paying their share of the plans’ liabilities.” 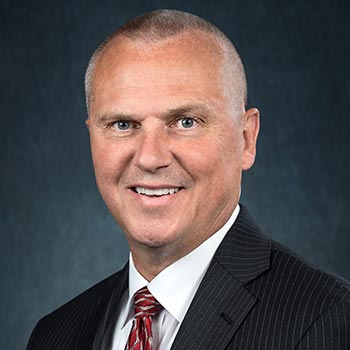 In a statement from the Pensions Right Center: This proposal (GROW Act) would allow well-funded multiemployer plans to adopt a “hybrid” pension plan, which cuts out employer withdrawal liability, eliminates the safety net of the Pension Benefit Guaranty Corporation (PBGC), and makes benefits unpredictable. Given that these plans will no longer have to contribute to the PBGC, it puts the system further in jeopardy. A composite plan does not contain any provisions to assist multiemployer plans in critical or critical and declining status.

“Where EPRRA saves the multiemployer system,” said Karen Friedman, executive vice president and policy director for the Pension Rights Center, “the GROW Act undermines the system. We very much hope that the House leadership comes to its senses and drops the GROW Act.”

Teamsters President Jim Hoffa stated, “The shutdown of the U.S. economy caused by COVID-19 has greatly amplified the financial struggle of multiemployer pension plans. Hundreds of employers are now facing bankruptcy and cannot contribute to multiemployer pension funds. Employees have lost their jobs and the sharp drop in interest rates have hit plans hard. We applaud the House majority’s action and support the Emergency Pension Plan Relief Act. The Senate needs to Act to protect pensions now! Unfortunately, the House bill also includes the controversial GROW Act, which permits the creation of so-called composite plans. The Teamsters are deeply disappointed at the inclusion of the GROW Act, as it is unproductive and will prove to be divisive moving forward. The union urges the Senate not to retain this proposal in the final negotiated bill.”

This is a very complicated bill and apparently members of unions are split as to the value of the GROW Act. Hopefully there is more time to study the bill so the effects on pension plans can be analyzed more thoroughly.

Several unions who approve of the GROW Act sent a letter to members of the House and Senate leadership lauding the GROW Act. Included in that letter was this statement, “We encourage Congress to continue to work toward an agreement that will shore up the Pension Benefit Guaranty Corporation (PBGC) by providing sufficient Federal funding to secure the retirement benefits of millions of Americans.

“We also strongly believe that any pension reform legislation should include the creation of a new optional composite retirement plan, as laid out in the GROW Act. These composite plans, whose use can only be authorized by Congress, are a type of retirement plan structured to provide a lifetime benefit similar to a defined benefit plan but subject to additional rules that share the risk of funding the plan between employers and employees. While they would be new in the United States, they have been used with success throughout Canada. Going forward, these plans would provide better protections for participants than a typical 401(k), would pay a lifetime benefit to retirees, and would ensure that workers continue to benefit from pooled investments managed by professionals.”

While this is a complex story, it is important to pension reform. While there might be disagreement among unions of the process in which we try to save defined benefit pensions, it is good that the discussion is ongoing as everyone has the same goal at the end of the day. SAVE OUR PENSIONS!!!.