For a long time, workers in construction, the trades, or members of the armed services have been more likely to be tattooed. Today, tattooing has grown popular and is even common with the general public. Today, 36% of Americans between the ages of 18 and 29 have at least one tattoo and at least 21% of the overall public has some ink. 40% of American households include someone with a tattoo, so it’s not like the practice is sectioned off to a minority of the country. Union pride runs deep, and for these Local 533 members their pride is lifelong.

The Kansas City Labor Beacon is proud to highlight these members of Pipefitters Local 533 who have union pride and solidarity that they are expressing through the medium of tattooing. In many ways, being part of a union is part of our identity. Expressing that identity and that pride is something to be proud of.

Inked Out in Solidarity: Local 533 Showcases Their Tattoos 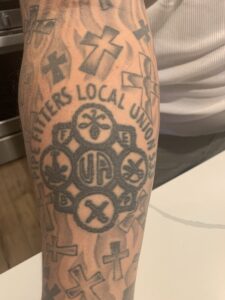 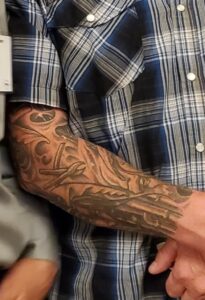 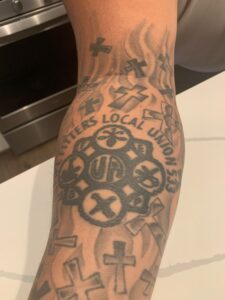 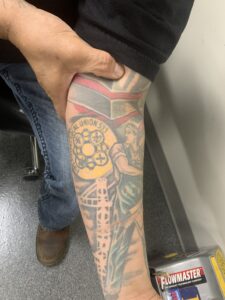 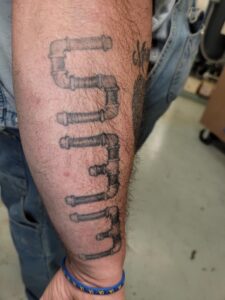