We are sad to report the passing of Jerry Helmick after a short battle with cancer. Jerry Helmick was a retired Business Agent from the U.F.C.W. and was currently working as a wage investigator for the City of Kansas City, Missouri. Jerry was an outstanding labor leader, serving as Secretary/Treasurer of the Kansas City AFL-CIO. After a stellar organizing career with the UFCW, Jerry decided to change things up and try something different. He became a labor advocate at City Hall making sure that construction jobs were compliant with city regulations. Jerry was recently recognized as one of the MVPs of the labor community, and that he was, a true MVP for unions. He worked tirelessly every day, dedicated to the value of organized labor, and a true friend to all. He will be missed. Jerry has two sons, Korry and Kenneth, who are members of Pipefitters Local 533. Please keep his wife and his family in your prayers. 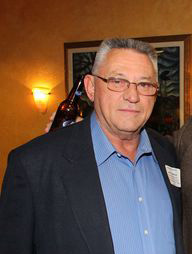