On Thursday, September 23rd, members of the Kansas City labor community gathered together for the 2021 George Meany Labor Recognition Dinner put on by the Boy Scouts of America Heart of America Council and the AFL-CIO. “Many of our Union Brothers and Sisters have participated in workdays over the last 10 years at the Bartle or Naish Scout Reservations. We have re-roofed the dining halls, wired the shower houses and the Great Hall, trenched the ground to lay wire and fiber optic lines, installed ceiling fans and lighting, poured concrete floors, painted, and stained, and completed so many other projects. What does that mean? Our Unions provided more than 30,000 Labor Man hours, with a total value in labor and materials of close to Two and Half Million Dollars over the past ten years. That’s fantastic,” said Jason Mendenhall, President and Business Manager of Heavy Construction Laborer’s Local 663, an adult leader in Troop 1220, and Chairman of the event. Casey Jensen, Business Agent with the Boilermakers, accepted the 2021 Community/Labor Partner Award, given to them for their community service and financial support. Becky Capper of the KC AFL-CIO was presented with the North Star Award, which is the highest award presented by local Scout councils to non-registered volunteers on behalf of the Boy Scouts of America’s National Court of Honor. This award recognizes individuals for significant contributions and distinguished service to Scouting and their communities. The George Meany Award, given out since 1974, recognizes union members who have made a significant contribution to the youth of their communities by volunteering in the programs of the Boy Scouts of America. The award is named for the AFL-CIO’s first president, who gave strong support to Scouting over the years. Matt Terryberry of IBEW Local 124, Landon Miner of Machinists Lodge 778, and Derek Smiley of SMART Local #2 were all presented with the award at the event. 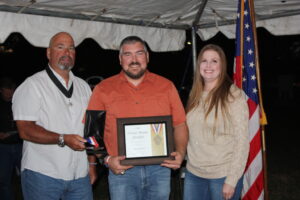 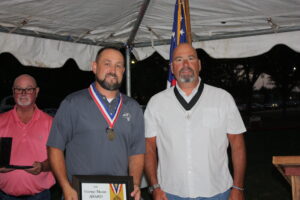 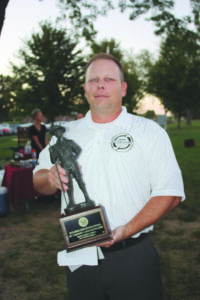 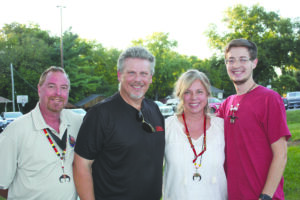