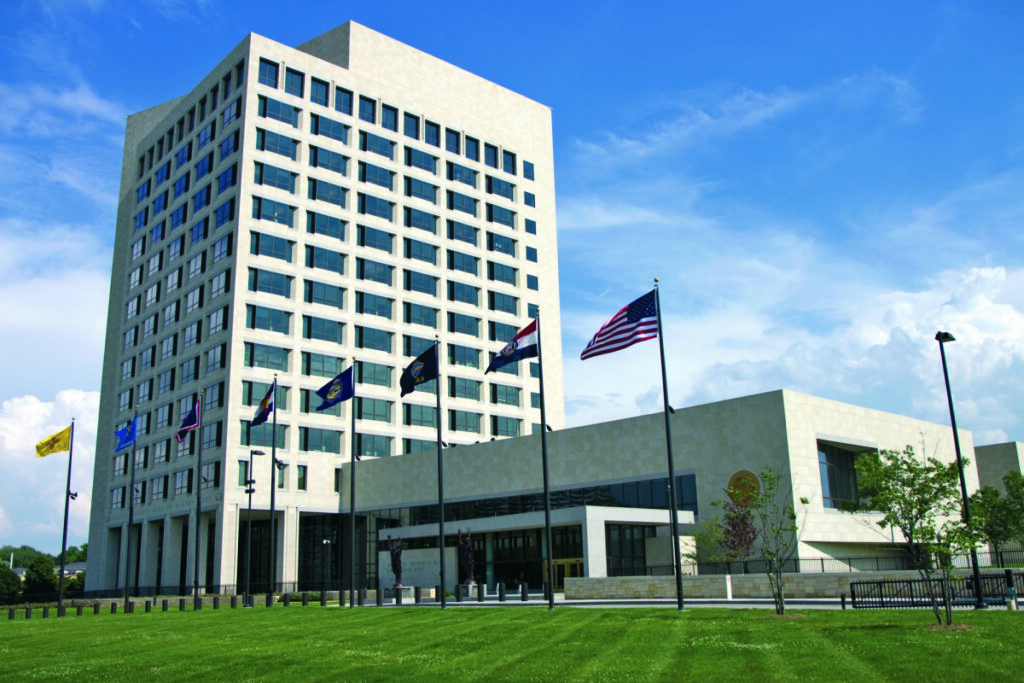 Esther George, president and chief executive officer of the Federal Reserve Bank of Kansas City, announced on May 25th, 2022 that she intends to retire in January of 2023, as required by the Federal Reserves mandatory retirement rules for Reserve Bank presidents. Esther began serving as president on October 1st, 2011. She will have been with the Kansas City Federal Reserve for nearly 41 years at the time of her retirement. She was directly involved in the Tenth District’s banking supervision and discount window lending activities during the banking crisis of the 1980s and post-9/11.

The Kansas City Fed’s president and CEO leads a public-facing institution that is responsible for conducting monetary policy, providing financial services to depository institutions and the U.S. Treasury, and supervising banking organizations within the Tenth Federal Reserve District, a seven-state region that includes western Missouri, Kansas, Nebraska, Oklahoma, Colorado, Wyoming and northern New Mexico.
The president also represents the region on the Federal Open Market Committee, the Fed’s monetary policy-making body, and is responsible for leading a workforce of more than 2,000 employees in Kansas City and its branch offices in Omaha, Denver and Oklahoma City.

Duke Dujakovich, the president of the Greater Kansas City AFL-CIO, has been named to the five member Search Committee to name a replacement for Esther George. He is the Deputy Chair of the Search Committee. The other members are: María Griego-Raby, President and Principal, Contract Associates, Albuquerque, New Mexico; Ruben Alonso III, Chief Executive Officer, AltCap, Kansas City, Missouri; Board Chair – Edmond Johnson, president and chief executive officer, Premier Manufacturing, Inc. and ENFusion, Frederick, Colorado; and Doug Stussi, Executive Advisor, Love Family of Companies, Oklahoma City, Oklahoma. Duke is one of just two members on the Search Committee that actually live in the Kansas City-area.

“Under Esther’s leadership, the Kansas City Fed has continued to deliver operational excellence across its mission areas of financial services and financial institution supervision, as well as maintain a strong commitment to public engagement,” Griego-Raby said. “Our challenge is to select a leader who can continue to build on the Bank’s outstanding reputation and provide a thoughtful, independent view on monetary policy.”

“It’s a very important time for the federal reserve bank. Being on the search committee and trying to find the next president of the bank is a really really heavy task. I am proud to be bringing my perspective: that of working people.” said Duke Dujakovich. “One of the other things is the vast nature of the 10th District. It is the second largest geographic area of any of the bank’s districts and covers an area of half a million square miles.”

“The next president of the KC Fed should have a strong balance of both monetary policy and economics, but also, organizational management and being able to run a large institution or organization,” said Ruben Alonso III.

The Federal Reserve is the most powerful economic institution in the United States, and perhaps the world. Its core responsibilities include setting interest rates, managing the money supply, and regulating financial markets. The Federal Reserve Banks have an intermediate legal status, with some features of private corporations and some features of public federal agencies.

Strange as it may be, Kansas City is home to one of the twelve Federal Reserve Banks. The 12 Reserve Banks oversee the regional member banks, protect regional economic interests, and ensure that the public has clout in central bank decisions. Although Federal Reserve Banks don’t operate for profit, they generate income from interest on government securities acquired through Fed monetary policy actions and financial services provided to depository institutions. Each year, after accounting for operational expenses, the regional banks return any excess earnings to the U.S. Treasury. Overall, these regional banks are involved with four general tasks: formulate monetary policy, supervise financial institutions, facilitate government policy, and provide payment services.