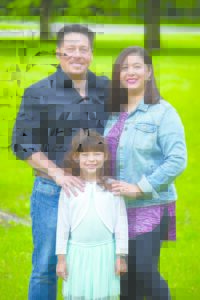 Bo Moreno has been selected by the Executive Board at IBEW Local 124 to serve as the next Business Manager, taking over for John Fennesy, and “serve” is exactly what he intends to do. “My main and one goal for this position is to bring the Local together as one. We need to work as one and be one. These positions aren’t permanent. It is a service where I try to leave it better for the next group and so on and so forth. These aren’t positions of power, these are positions of servitude,” Moreno said, reflecting on his goals while leading the Local. “I want the members to know that regardless of where they are working, be it units or jobs or organizing… whatever you do, we are all members of the Local.” If unity and working together sound familiar, they should. Bo intends to focus on getting to the roots of what it means to be in Local 124 while focusing on the future. “If you told me a week ago Monday that I would be standing where I am now, I would think you’re insane. When we found out that John was appointed to the 11th district it was a huge honor for us as a local. I put my portfolio together, put a suit on, and talked about my vision. The next thing I knew I was the business manager.” His new position is a bit of a surprise to him, but he thanks his “very patient and very understanding wife” for supporting him. Bo and his wife have a 10-year old daughter together.

Bo, who just turned 50 and has 27 years with the Local 124, has seen much of the country through his work with the IBEW. He became an Apprentice in 1994 and turned out in 1999. He is a second-generation wireman, his father was actually the first Mexican who ever got into the Local and he got in through affirmative action. Early on, he decided that he wanted to travel, and travel he did. Bo has worked at Local 6 in San Francisco and Local 3 in New York. He has “worked on high rises in Manhattan, data centers in San Jose, and windmills in Iowa. You name it, everything you can think of, but I’ve always stayed located in KC. Travelling taught me about all the different aspects of our union, and really taught me about the true brotherhood in the IBEW. There was true camaraderie. Everyone joined together as one.” Bo also runs where2bro.com, a website “dedicated to all the IBEW Brothers and Sisters across the nation” with a simple purpose, “to help those seeking work to feed their families and themselves.”