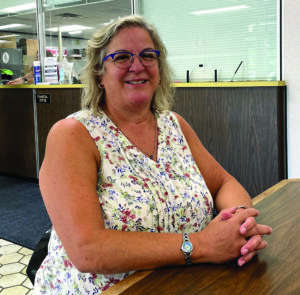 Diane Fowlkes-Burgeson has become the first woman Business Representative at the IBEW Local #124. Appointed by new Business Manager Bo Moreno, Diane will be the first woman to act as a business agent on the Business Manager’s staff. She’s a well-known presence at the local, having spent so much time as Treasurer and also volunteering at various IBEW family oriented events over the years. Fowlkes-Burgeson was the elected treasurer for seven years She turned out in 1989 and has spent time at numerous contractors across the city, most recently Capital Electric, as well as having travelled extensively with the union. Fowlkes-Burgeson has played the role of journeyman, foreman, and job steward in her wide-ranging career. She also took a sabbatical to raise her family, she is now a grandmother and calls it a big part of her life, and was able to come back to where she left off thanks to the IBEW. Her career also includes extensive travel over the last decade, including time spent in Nebraska, Iowa, and at new plants in Georgia, most notably at Plant Vogtle for six months. Diane says that she has, “received tremendous support from the hall. Everyone has been so gracious. All the previous business agents have been there for me with answers and direction. It’s been tremendous. I’m just so humbled and honored that Bo (Moreno) believed in me to take on this position.” She will be covering units, or small employers that the IBEW represents. She has only been in the role for a month with the new leadership group, so she says that she is still in learning mode, but is already loving the work. She also credits Ralph Oropeza for lending his experience in the same role to her when needed. Ralph previously covered small units.