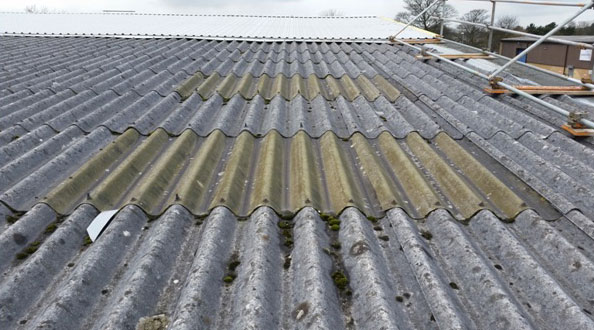 A Kansas City, Kansas, firefighter was seriously injured and one (non-union) roofer was killed after falling through the roof of a building in late March. Firefighters were in an industrial area near 55th Street and Kansas Avenue to assist the police department with an investigation of an earlier incident where a worker had fallen through a skylight on the roof of a commercial building at the TSL truck yard. This incident was entirely avoidable, but now these workers will permanently suffer from the effects of the accident.

The skylight was a type of skylight that has resulted in frequent injuries and deaths to workers who are working on roofs. All skylights may be potential fall hazards, but this style of skylight panel is particularly dangerous for workers. Unprotected skylights are one of the biggest contributors to work at height injury and death statistics. People often mistakenly believe skylights are safe, assuming that designers wouldn’t specify a product which would not prevent a fall if it came to it. Though skylights are legally required to be able to take the weight of a person when installed, weather and UV damage can quickly degrade the skylight’s protective layers, rendering it brittle and unsafe.

The style of skylight involved was made of fiberglass and corrugated in appearance, blending directly into the roof pattern. It was also not elevated above the roof level like a more traditional skylight would be, i.e., on a curb. When roof skylight ages, UV rays dry up oils that are found in the panels causing the skylight to crack and expose fiberglass threads. Those exposed threads turn gray, which is frequently the color of the metal panels all around it. Sometimes, negligent work is done that covers, but does not strengthen, the skylight, functionally creating a trap door for the next person to step on it.

Anyone who works on a roof is endangered by this style of skylight. First responders, roofers, HVAC work, ironworkers, or inspectors are all put in harm’s way when an easy fix is available. Approximately 22% of all fatal falls occur when the workers fall through skylight openings, so this would theoretically prevent up to one in five worker fall deaths on roofs.

Roofers Local 20 is pushing for changes to protect workers in the future, including requiring retro-fitting to roofs that have these skylights whenever a building is sold or changes hands. With the help of the Kansas City AFL-CIO and the Building Trades, Local 20 organized a meeting with twelve local elected officials to push for a legal change on a state level in Missouri earlier this month. Local 20 feels encouraged by the chance of saving workers’ lives, union and non-union. This is yet another example of the work done by unions to protect and raise the standards for all workers.

“Roofers Local #20 would like to see if an ordinance can be introduced to require property owners at transfer of title be required to install fall protection on these hazards to protect workers and first responders. This is a public hazard that has cost a measurable number of people their lives,” said Roofers Local 20 in a written statement given to the Kansas City Labor Beacon.

Specially designed “fence” covers can be installed over these skylights for very cheap. Estimates from Local 20 suggest that such a repair would take two workers less than 30 minutes in work. Such an easy fix could dramatically improve the safety of workers who perform work on rooftops.