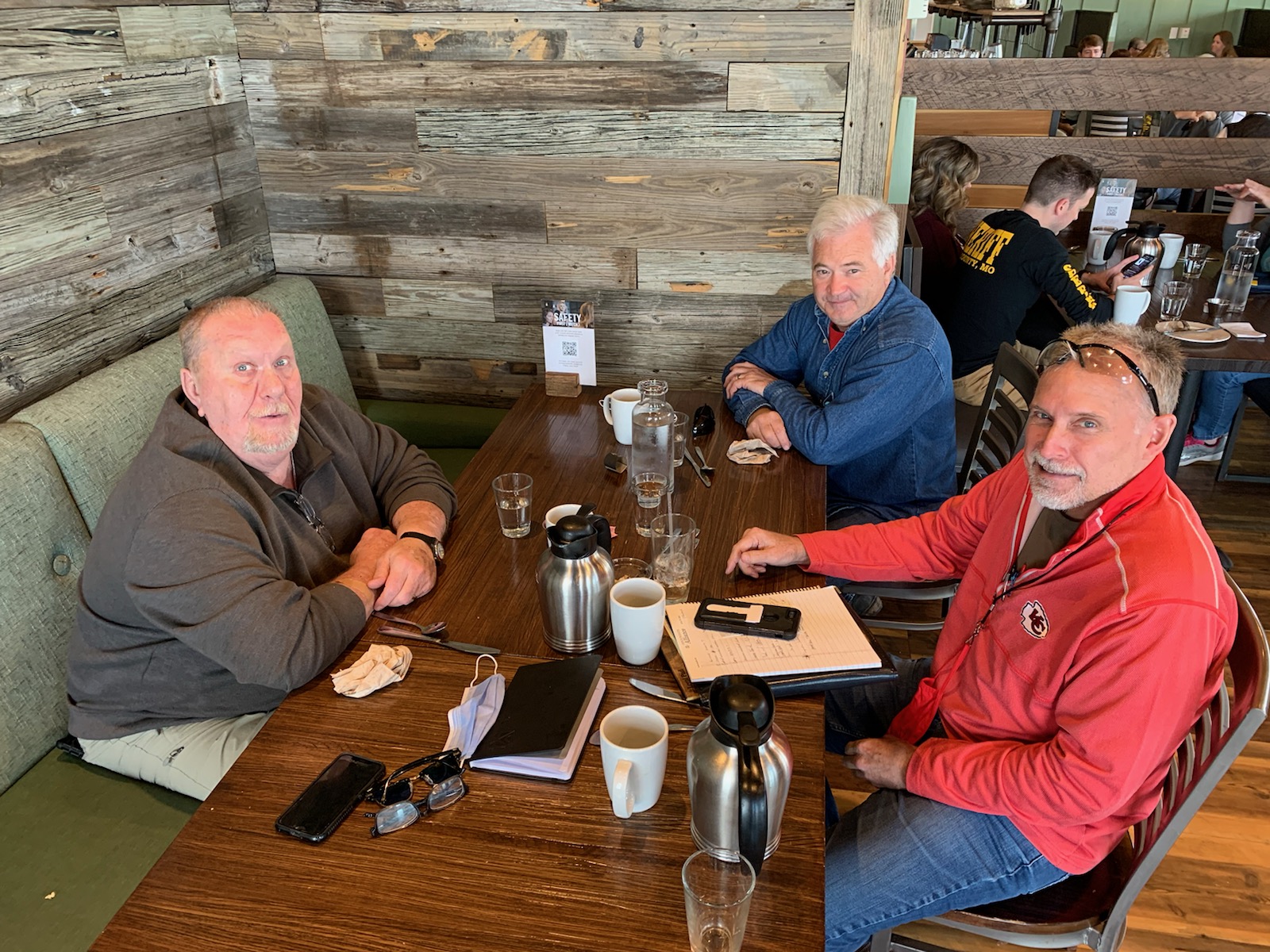 I was asked by friends of Leroy Shull to write a thank you story from Leroy to organized labor for their support of Fishing for Freedom. Unfortunately, Leroy is facing health issues which required him to walk away from what he calls one of the great joys of his life for the past 12 years. But I had a different idea. Leroy, an IBEW Local 124 member since he joined the apprenticeship in 1972, is in my view one of the great examples of why union members tend to be so much more giving than their non-union counterparts.

Leroy worked for several companies but his longest stint was with Shaw electric. He learned about the CONTINUED FROM PAGE 1
unions from his father who was also a union electrician with Local 124.

“When I started, my Dad told me to keep my mouth shut and my head down. I did exactly that and it proved to be the best advice I could ever get,” Leroy stated. “My Dad traveled a lot, sometimes for months at a time when work in the area was scarce.” Leroy joined the union in 1972 and turned out in 1976. Work was slow at that time but he found a way to manage.

“Because of health issues I had to leave the trade for retirement early about 12 years ago. At the time my brother in law was fighting serious health issues and I would go to visit him at the VA down off Van Brunt,” Leroy stated. “The place was terrible. Here was my brother-in-law, a decorated veteran from the Vietnam War, and they put him in a crapy place like this. I really decided to do something for Veterans then, as I walked the halls meeting other Veterans in the hospital and learning their stories,” Leroy added.

“In 2008 I met Larry Stoafer, a retired Major. We decided that we should figure out a way to bring these Warriors to the lake and provide a boat to give them a fishing experience. That year Leroy and Larry and a small group of volunteers started Fishing for Freedom. “The first one we held was in 2009 and it was amazing. Many of us pitched in to help out with food and other expenses. I went and asked several unions for help and that was what started the ball rolling.”

The following year Leroy asked Larry how much he would need to raise to pay for 130 warriors. “It was a lot,” Leroy explained. “I remember going to the IBEW Hall and seeing the number of unemployed electricians they had on the books, I think it was something like 400 plus. I didn’t know how they would react to me asking for money. They were great and soon I had several unions, Boilermakers, Pipefitters, Teamsters, hell most of the Building Trades unions gave us money and support.”

“Honest to god, every year these warriors teach me something new. Many of the wounded warriors have a multitude of issues to deal with,” Leroy stated. “None of my problems come close to theirs, I always try to remember that. Every day 22 warriors commit suicide in our country. We have to do better!” Leroy added,
“Each year I hear the stories of these wounded warriors, who got their arms or legs or both blown up. I became so close with many of the warriors, some I still keep in contact with. They are like family to me and I to them. There are so many emotional stories I can’t even talk about most of them.”

I met Leroy at a restaurant with Chris Heegn and Roger Beach, both Business Reps for IBEW Local 124. Leroy wanted to have a story told about the great men and women of labor who supported his Fishing for Freedom cause. And that is certainly important. However, just as important is the man who created this event and how he devoted 12 years to the causes of wounded warriors. One couldn’t be done without the other.
Thank you to everyone including Greg Davison, retired member of Sheet Metal Workers Local 2, who has taken over Leroy’s role as lead organizer for Fishing For Freedom. Unfortunately, due to the Coronavirus this year’s Fishing for Freedom has been cancelled. But Greg assures me that the cancellation is a one-time occurrence and he and the rest of the volunteers will be back at it next year securing boats, food, lodging for over 150 wounded warriors.

Thank you, Leroy, for touching so many lives; know your efforts will continue.