Biden gave the union presidents a warm welcome and added, “I think we have an incredible opportunity to make some enormous progress in creating jobs—good-paying jobs, Davis-Bacon and prevailing-wage jobs—to rebuild the infrastructure of this country in a way that everybody knows has to be done.” AFL-CIO President Richard Trumka said in a post-meeting statement, “For working people, this was the most productive Oval Office meeting in years.”

Trumka added, “As we made clear today, America can only build back better if unions are doing the building.” Terry O’Sullivan, general president of the Laborers’ International Union of North America (LIUNA), strongly endorsed Biden’s expected infrastructure proposal. O’Sullivan said in a statement, “The plan is exactly what our nation needs and LIUNA’s members are ready for the job.” Labor unions contributed more than $1.3 million to Biden during the 2020 campaign cycle, according to the Center for Responsive Politics, and he’s pledged to be a staunch ally while in office.

Democratic President Joe Biden and Vice President Kamala Harris talked nuts and bolts with U.S. union leaders  on how to rebuild the nation’s decaying, aging infrastructure—a goal all of them share. Biden said infrastructure would be a top priority, once his $1.9 trillion American Recovery Act passes, designed to help workers and the economy pull out of the coronavirus-caused depression which shot joblessness up into double digits. And he shrugged off the infrastructure price tag, which itself could be in the trillions. “It’s not about money. It’s about the nation’s needs,” the President said. “I asked them to come in,” Biden said. “We want to talk about the Recovery Act we have here that we’re trying to pass—and I think it’s going to get done—and building infrastructure in this country. “We are so far behind the curve. We rank something like 38th in the world in terms of our infrastructure—everything from canals to highways to airports to everything we can do, and we need to do, to make ourselves competitive in the 21st century.”

Trumka agreed the Recovery Act must come first, but said union members can trust Biden on infrastructure, because Biden’s always been “a union guy.” “If we make key structural changes to our economy, we can create a new generation of good-paying union jobs. That means delivering long-overdue COVID-19 relief to working families. It means passing urgently needed infrastructure spending,” Trumka’s post-meeting statement said. “And it means strengthening working people’s freedom to organize a union by passing the Pro (Protect The Right To Organize) Act.

President Biden understands how urgent this is, and we’re looking forward to getting it done as quickly as possible,” Trumka explained. Infrastructure investment has been a particular union cause for years, just as the American Society of Civil Engineers keeps giving U.S. infrastructure grades of D+ or worse due to aging bridges, airports with pitted runways, elderly railroads, creaky subways and bus fleets that desperately need replacement. Biden agrees, and construction union leaders, including those at the White House session, keep re-emphasizing that such investment would produce hundreds of thousands of well-paying family-supporting jobs. Biden said so, too. He predicted workers’ incomes and the economy “grow in a way we haven’t seen it grow in a long time” via infrastructure spending. Neither Trumka nor Biden divulged details of the plan, but Biden said U.S. infrastructure must be built with union labor—a point he repeatedly emphasized during the 2020 campaign and bluntly told to top business leaders several weeks ago. And construction workers need the jobs. The latest federal figures, for January, showed construction firms shed 3,000 workers that month, compared to gaining 58,000 in January 2020, before the coronavirus pandemic hit. And there were 938,000 unemployed construction workers in January 2021, while the sector reported a 9.4% jobless rate. Exactly a year before, both figures were just over half: 515,000 jobless and a 5.4% rate, in winter.

Biden’s plan, to be released, “will create millions of family-supporting union jobs. The plan is exactly what our nation needs,” said Laborers President Terry O’Sullivan, one of the other union leaders in the meeting. He said Laborers “are ready for the job. It is time to restore the economic well-being of America’s workers and address our long-overdue infrastructure investment needs.” The Washington Post reported unionists discussed a $4 trillion multi-year plan. After the session, which extended for more than 90 minutes, some union leaders also said they had discussed immediate issues, including offers to help government officials with distributing COVID vaccines. 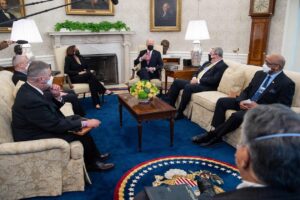 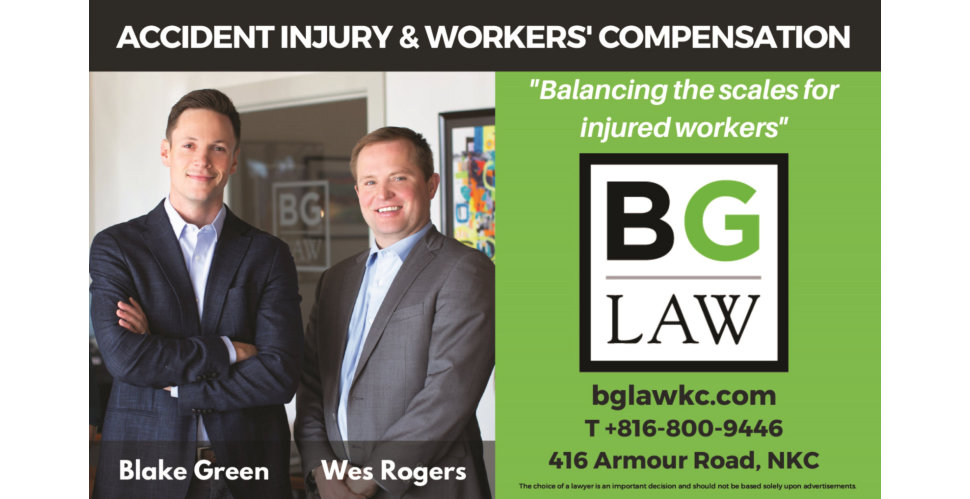